How 'Home Fever' May Be Ruining Your Families Health - And What You Can Do About It! - ACS Carpet Cleaning [spt_conversion id=4724] 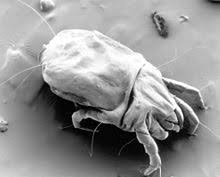 “Home fever” is a term used by Allergy UK to describe out-of-season hay fever-like symptoms. The most common of these are runny nose, sneezing, and itchy eyes, symptoms which the charity reports have risen greatly in recent years. Unlike regular hay fever, which is usually triggered by high pollen levels that vary seasonally, “home fever”, Allergy UK suggests, is triggered by allergens such as dust mites, moulds, home cleaning products and pets that are present in the home or office. These can cause symptoms throughout all seasons.
NHS Choices reports that indoor allergies are very common and that 10-20% of the population has an indoor allergy. The top estimate of 20% would be broadly in line with the figure suggested by Allergy UK,

How widespread is it?

According to www.nhs.uk, at least 12 million Britons now suffer from allergies caused by dust mites, The Independent has reported. The newspaper says that a report by the charity Allergy UK has revealed an epidemic of “home fever”, a range of symptoms caused by dust mites and other triggers around the home.
The report has been published as part of Indoor Allergy Week, which is intended to raise awareness of the kind of steps that can be taken to remove allergy triggers, or ‘allergens’, from the home. A survey in the report suggests that, currently, around two-thirds of people with allergies experience symptoms such as sneezing and itchy eyes caused by allergens including dust mites, chemicals, pets and mould.

How To Know You May Have Home Fever

What Happens When You Have an Allergic Reaction?

When a person who is allergic to a particular allergen comes into contact with it, an allergic reaction occurs. This begins when the allergen (for example, dust mite droppings) enters the body, triggering an antibody response. The antibodies attach themselves to special cells, including cells called mast cells. When the allergen comes into contact with the antibodies, these cells respond by releasing certain substances, one of which is called histamine. These substances cause swelling, inflammation and itching of the surrounding tissues, which is extremely irritating and uncomfortable.
Common symptoms associated with allergic conditions include:

What You Can Do About It

Allergy UK recommends many ways to manage symptoms and reduce the amount of indoor allergens in the home.

We spend 1/3 of our lives living defenseless with the enemy known as dust mites. Dust mites are in mattresses, carpets and soft toys and furnishings, and feed off of the flakes shedding from human skin.

According to Allergy UK, these symptoms are worse at night, just when we’re needing a good nights rest!

If your carpets and mattresses haven’t been professionally cleaned with an anti dust mite treatment in the last two years, and you or your family find yourselves with allergy symptoms such as runny nose, sneezing, or itchy eyes, you will benefit from a thorough clean. Contact me on 01304 381165, or request a free quote.

Instagram has returned invalid data. Follow Me!
How To Keep Your Carpets Looking Beautiful All Year What are those ugly black lines in carpets under doorways?
Call Us Now Scroll to top